The One I Want For Christmas by Fiona Davenport
Published by Self-published on December 5, 2016
Genres: Contemporary Romance
Pages: 37
Buy on Amazon
Goodreads

Holly Lane hadn’t planned to take a trip on Santa’s lap this year, but her best friend talks her into it anyway. Only it isn’t a what that she’s wishing for this year… it’s a who. But what are the odds that Santa can fit Jacob Marley in her stocking?

Warning: Some of the best gifts come in small packages. Which is a good thing since this sweet & sexy novella is short… but not as short as the blurb! 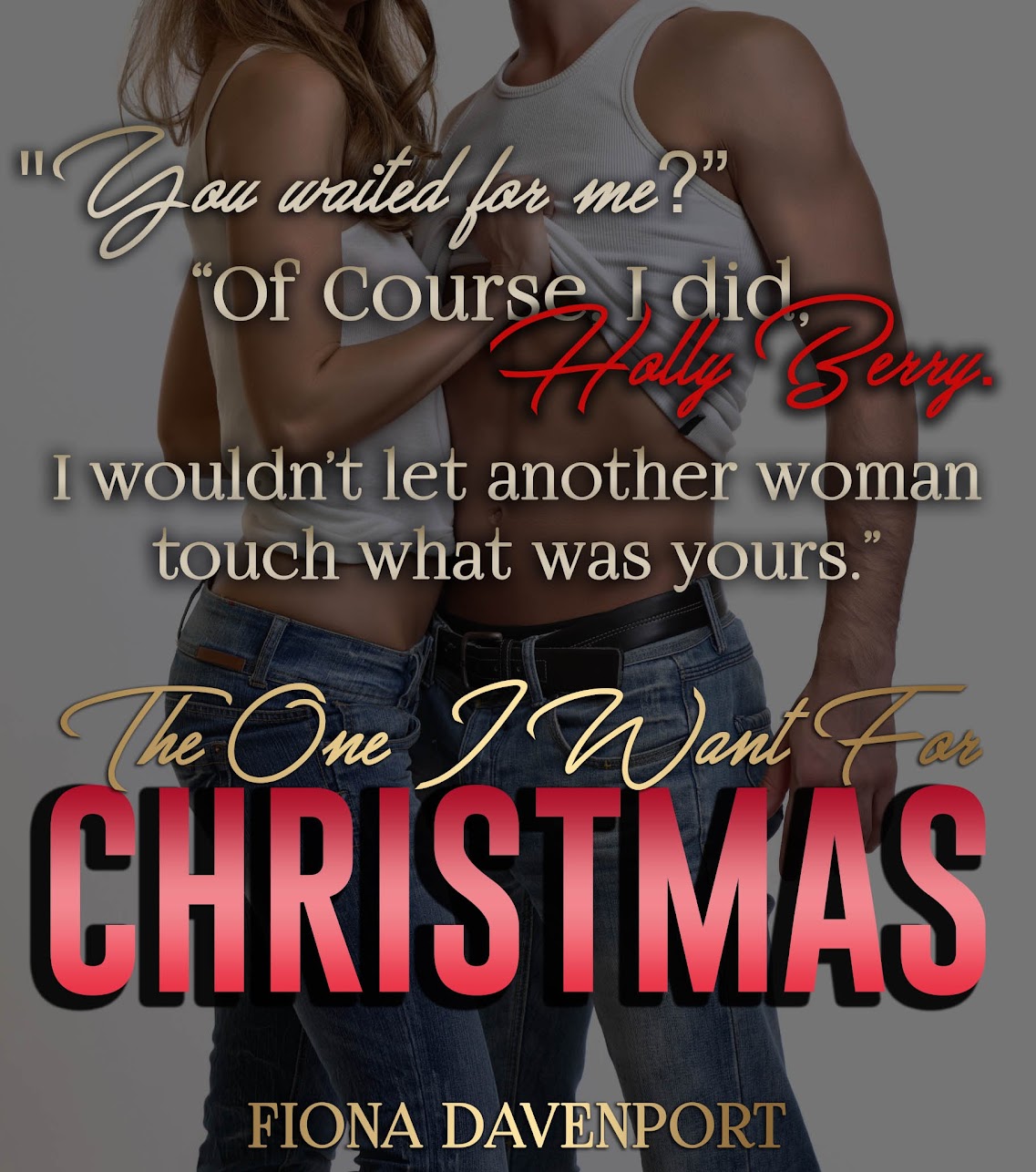 The One I Want for Christmas
was the perfect Holiday romance. Short, sweet and sexy, this second chance love story was as good as it was short. Yes, I would have loved it for it to be longer, but I was totally satisfied with it as it is. 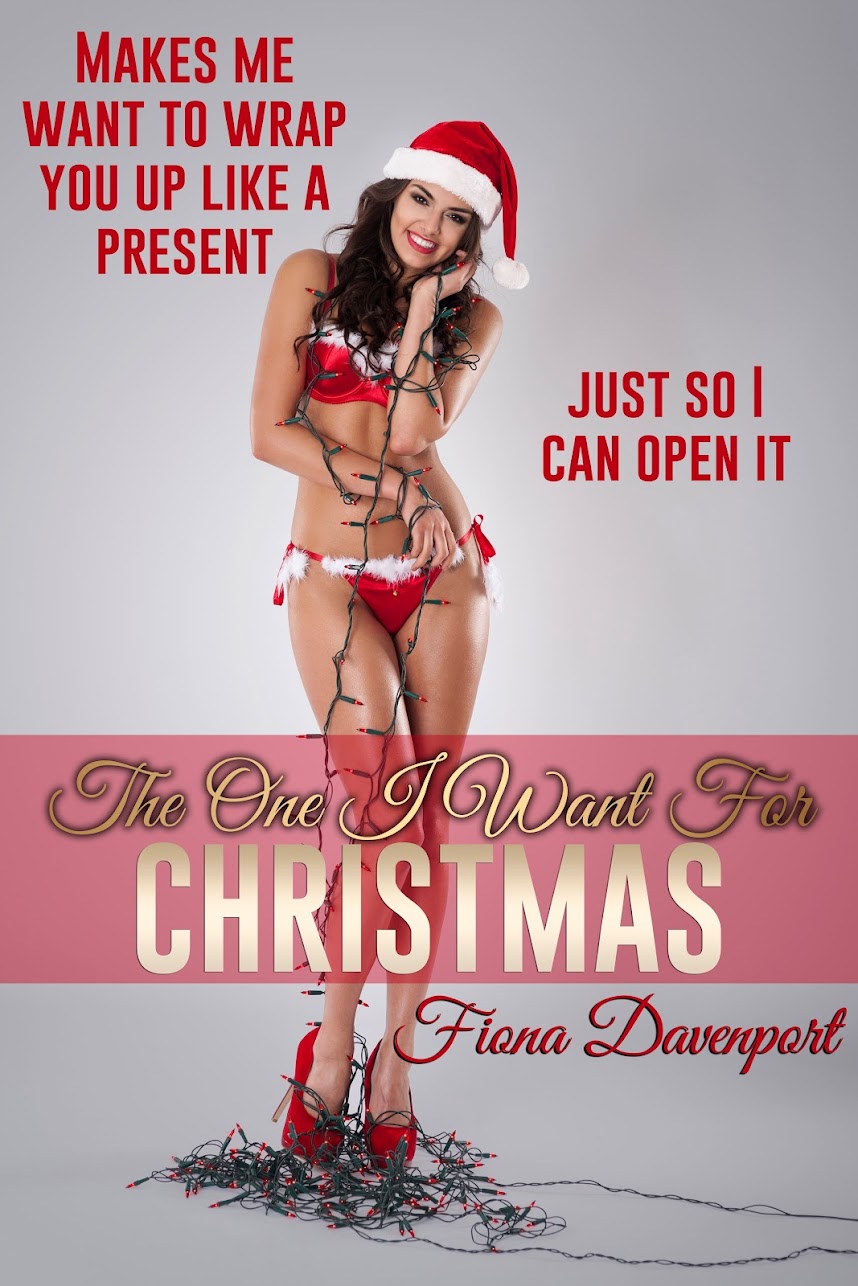 remarried and moved with her new husband. At the time she just couldn’t see herself leaving her childhood home, but now that weather has prevented her mom and stepfather from coming to spend the holidays with her things are starting to look a little gloomy.

Lately, she’s found herself thinking more and more about her high school sweetheart, Jacob. He was the one for her, but when he had to move after only having been together for a couple of months and his starting college they had to break things off… though for her there never was anyone else.

That’s how she finds herself wishing for Jacob on Santa’s lap, knowing that that’s never going to happen. Or is it? When Jacob comes knocking on her door on Christmas morning, life as she knows it might very well change forever.

Holly and Jacob made for one totally cute couple. Their devotion to each other was super sweet with Jacob bordering in OTT obsessive, just how I like it. With some steamy dreams and sexy scenes, enchanting MCs and the bestest epilogue I’ve read this year, The One I Want for Christmas is my favorite holiday romance of the year, shortness and all.

EXCERPT
“You know what else I’ve heard
about a million times?” she asked, jumping up and dragging me to my feet. “Ho—”
“Ho! Ho!” the mall Santa finished
off for her as we neared the North Pole display in the middle of the mall.
“Oh, no!” I tugged on my arm,
trying to back away from her.
“C’mon! It’ll be fun,” she
insisted, refusing to let me go.
“We’re too old to go sit on Santa’s
lap,” I protested. “Even if I wanted to, which I don’t, they’re not going to
let us do it.”
“Sure they will.” Harley pointed
towards the female elf managing the line. “Kayla will make sure we get in.”
“Crap,” I muttered, recognizing one
of Harley’s friends from high school. They’d been on the cheerleading squad
together for years, which meant Harley was right—it didn’t matter that we were a good ten years older than the biggest
kid in line, they weren’t going to turn us away.
With the sympathetic gleam in Kayla’s eyes as she looked from Harley
to me, there would be no way for me to get out of this gracefully. Forcing a
smile onto my face, I made small talk until it was our turn. Harley went first,
eliciting a giggle from me when she started to sing “Santa Baby” as she settled
herself on Santa’s lap. By the time she hopped off, there was a blush staining
his cheeks and I was giggling so hard I almost couldn’t make my way up to where
he was sitting.
“It’s your turn now. No excuses.” Kayla nudged me forwards.
“Alright, I’m going,” I huffed.
“Sorry about this,” I mumbled.
“No apologies needed. Your friend there was the most entertaining
visitor I’ve had all season.”
“I’m sure she was. She’s quite the
handful.”
“You can say that again,” he
agreed, his eyes darting over to where she stood for a moment.
I peered more closely at his face
and realized the mall Santa wasn’t quite as old as I’d originally thought. And
he definitely wasn’t as soft and round as the padding made him seem, if the
bunched muscles of his thigh were any indication. I had a feeling there was a
hot guy under that suit, one who was interested in my best friend.
Interesting.
Maybe our little visit to Santa was more about her than me.
“What are you wishing for this
Christmas?”
Santa’s question drew me out of my
thoughts about him and Harley. My mind blanked for a moment. I couldn’t think
of a single thing I wanted this year. Well, except for one thing…
“My Christmas wish isn’t a what.
It’s a who,” I whispered. 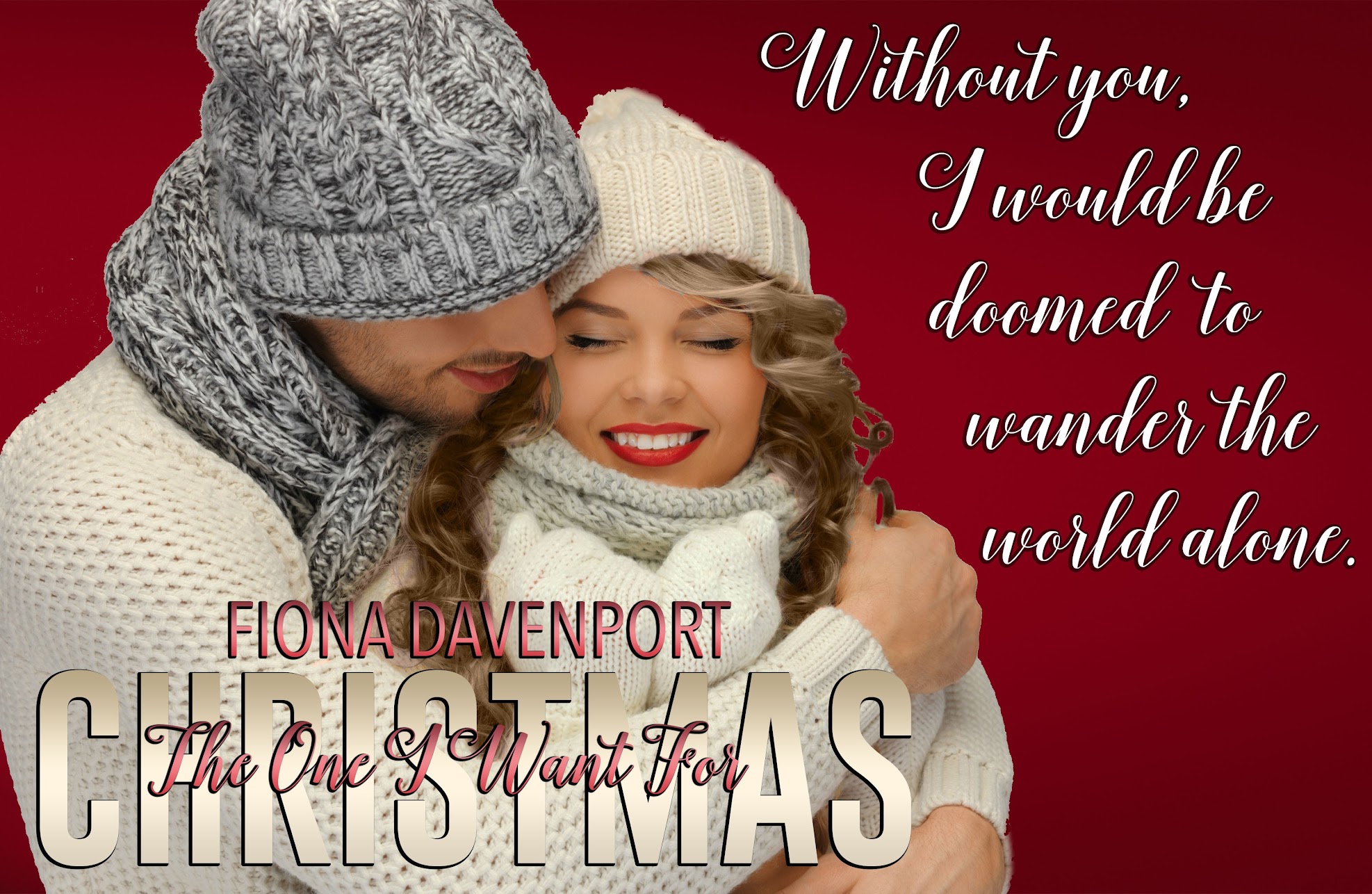 OTHER BOOKS BY FIONA
DAVENPORT

**All books available on Kindle Unlimited**

ABOUT FIONA DAVENPORT
Hello! My name is Fiona Davenport and I’m a smutoholic. I’ve been
reading raunchy romance novels since… well, forever and a day ago it seems.
And now I get to write sexy stories and share them with others who are like me
and enjoy their books on the steamier side. Fiona Davenport is my super-secret
alias, which is kind of awesome since I’ve always wanted one.
AUTHOR
LINKS:
Facebook
│ Twitter │ Pinterest │ Instagram │ Goodreads

Marriage and Murder by Penny Reid

Write Before Christmas by Julie Hammerle