When Ethan Parker’s investigation leads him to Delilah Brooks, he hopes he’s finally found his best friend’s long-lost daughter. What he wasn’t expecting was to want her for himself—with an intensity that drives him to get her pregnant before her father finds out about the two of them.

Delilah falls hard and fast for Ethan. But she isn’t sure what to think when he confesses his connection to the father she’s never met. Or how her father is going to react when he learns she’s having his best friend’s baby.

It seems we’ve migrated from stepbrother fetishes to silver foxes as there are a lot of “my dad’s friend” stories going around. I, for one, am quite enjoying this new trend.

In My Father’s Best Friend we get all the OTT obsessive love typical to Ms. Davenport, along with a little intrigue, sweet romance and… you know, the hot 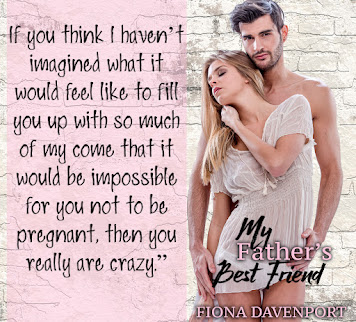 Ethan owns a security agency and has been looking for his best friend’s long lost daughter for the last decade. Nobody knew why the girl had disappeared while pregnant with his friend’s baby, but finally, a promising lead drove Ethan to at long last find Lilah.

The catch? With one look he knew she was the woman for him no matter she was his best friend’s daughter or that she had just turned 18. Lilah had had to grow up fast the last couple of years having to take care of her mother while she battled cancer meant she had to be a responsible adult. Sweet and innocent still, one look at Ethan was all she needed to know he was it for her.

He proceeded to sweep her off her feet and get her tied to him in every possible way before she found out who had sent him after her and before his best friend realized they were soon to become actual family.

I really enjoyed reading My Father’s Best Friend it was hot and sexy for sure, it had a little mystery, and Ethan was the epitome of the obsessive-possessive bossy alpha. An all-around hit for me. 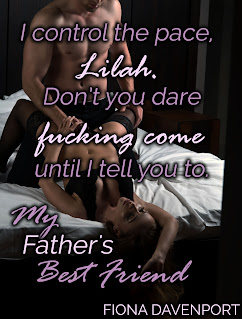 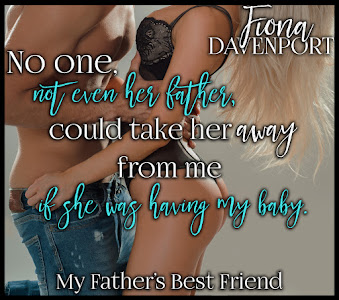 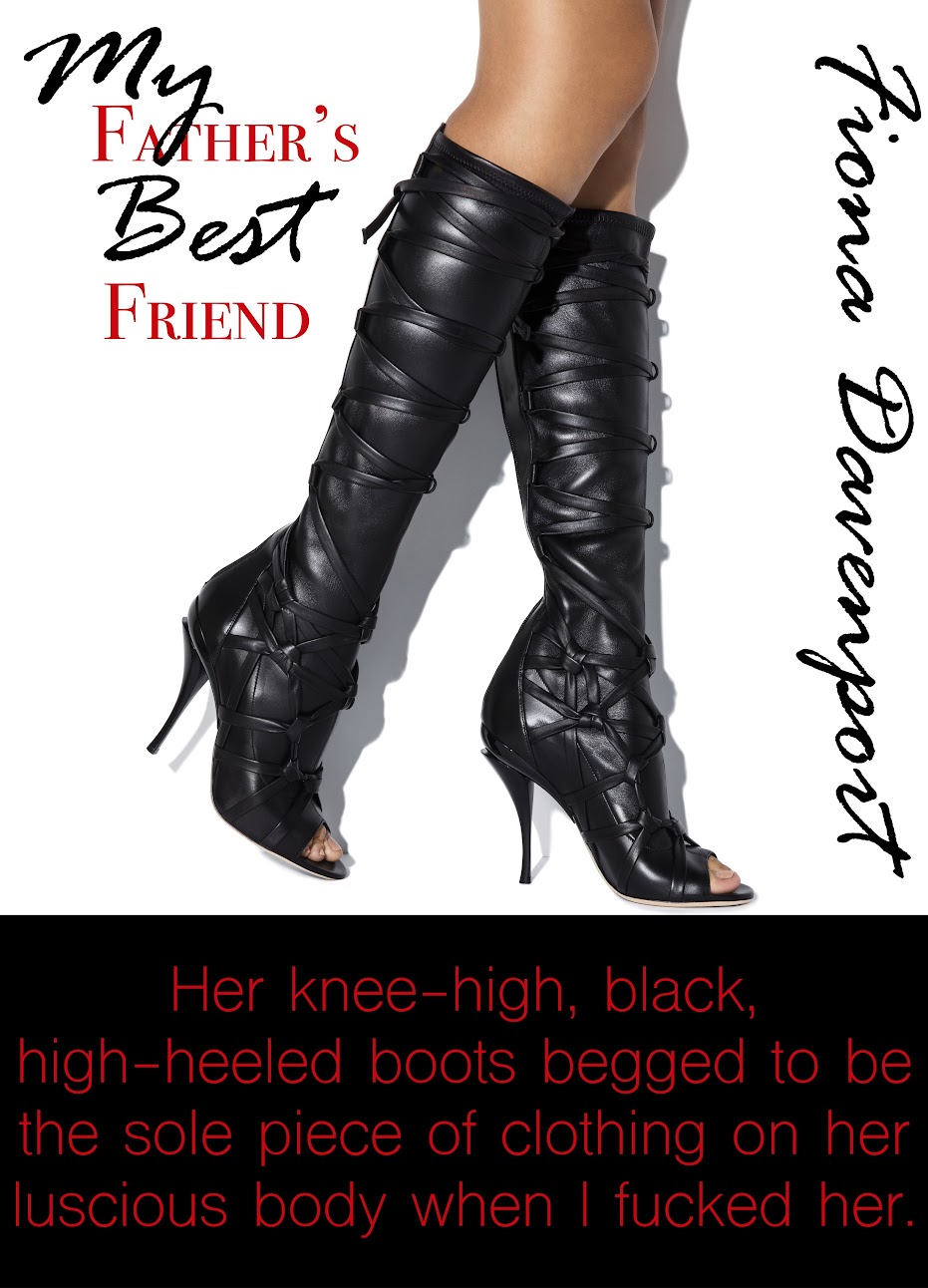 I stood abruptly and picked up her hands, lifting her to her feet as well. “C’mon, baby girl. We need to go.” I tossed some money on the table and led her from the restaurant, ignoring her crestfallen expression.
Outside, I stepped off of the curb and raised a hand, hailing a cab. It zoomed up next to us and screeched to a halt. “Midtown Hilton,” I barked after we were both securely inside.
Twisting my upper body, I grabbed her around the waist and dragged her over until she was straddling me. She gasped as she settled on my lap, clearly feeling my physical reaction to her as it pressed against the heat of her pussy. There was nothing left for me to hold onto, I’d thrown caution and logic out the window. I was going to get inside her that night or I was pretty sure I would fucking die.
Palming hercheeks, I looked straight into her blue pools. “You are too young, too beautiful, and I’m nowhere near good enough for you. But fuck, Lilah, I can’t resist you.” Then I slammed my mouth down over hers. 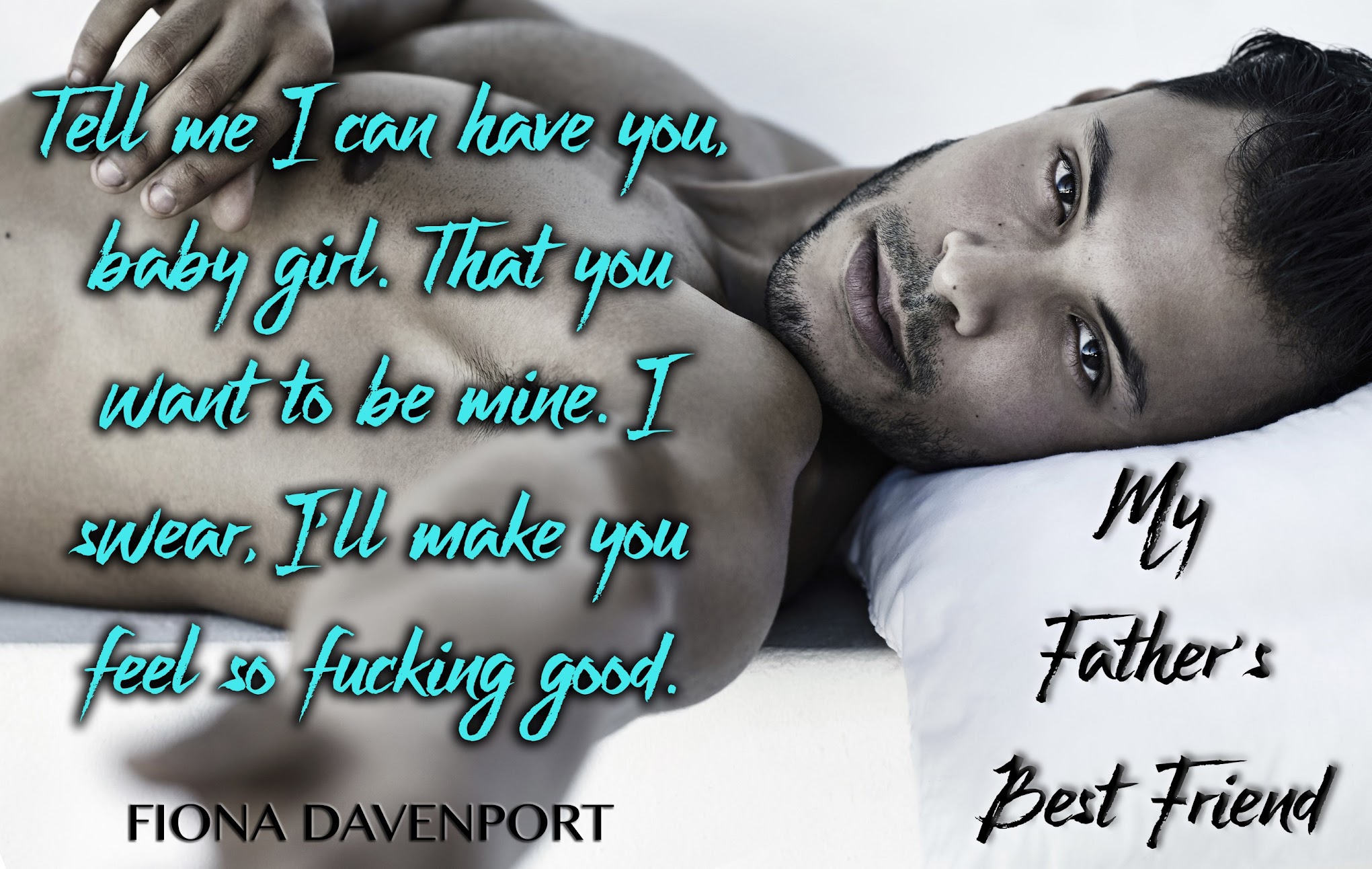